A twin-fuselage jet took off on Sunday carrying a Virgin Galactic rocket plane primed to soar more than 50 miles above the New Mexico desert with British billionaire Richard Branson aboard in the vehicle’s first fully crewed test flight to space.

Branson, one of six Virgin Galactic Holding Inc (SPCE.N) employees strapping in for the flight, has touted the mission as a precursor to a new era of space tourism, with the company he founded poised to begin commercial operations next year.

Sunday’s high-altitude launch of the VSS Unity rocket plane marks the company’s 22nd test flight of its SpaceShipTwo system, and its fourth crewed mission beyond Earth’s atmosphere. It is also the first to carry a full complement of space travellers – two pilots and four “mission specialists,” Branson among them. 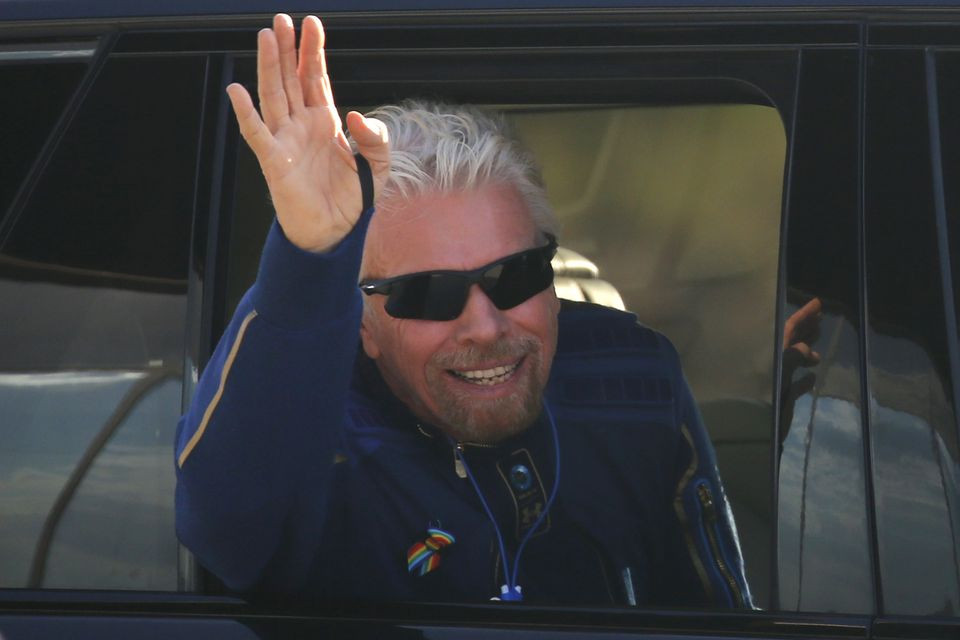 A week away from his 71st birthday, Branson and his crewmates walked onto the tarmac of New Mexico’s Spaceport America waving to a throng of onlookers before boarding waiting Unity rocket plane parked at the end of a taxiway.

Video posted online by Virgin Galactic showed Branson earlier arriving at the spaceport on his bicycle and greeting his crewmates with a hug.

A festive gathering of space industry executives, future customers and other well-wishers were on hand to witness the launch event, which was livestreamed in a presentation introduced by late-night television host Stephen Colbert. Among those present was fellow billionaire and space industry pioneer Elon Musk, who also is founder of electric carmaker Tesla Inc (TSLA.O). 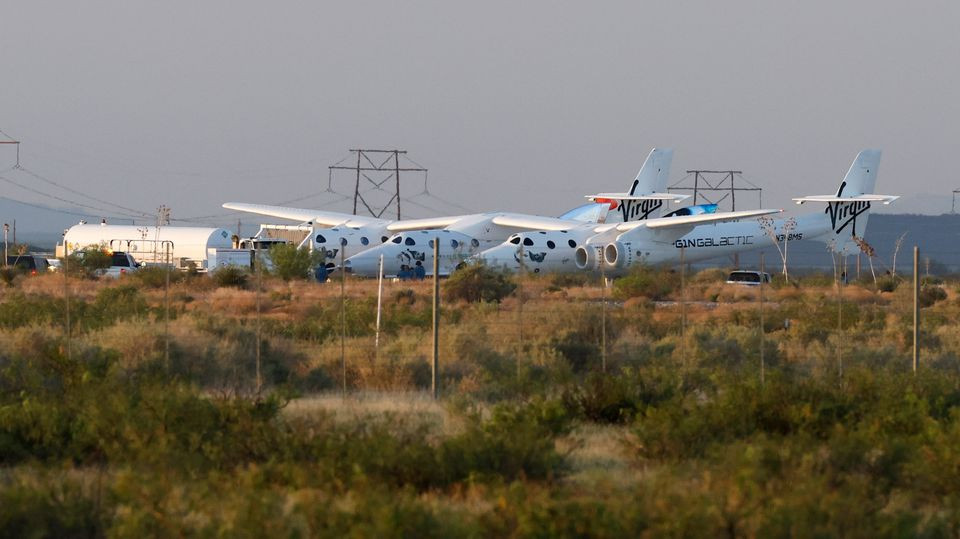 Grammy-nominated R&B singer Khalid was due to take the stage after the flight to perform a forthcoming single “New Normal.”

The gleaming white spaceplane was borne aloft attached to the underside of a specially designed twin-fuselage carrier jet VMS Eve – named for Branson’s late mother, which took off at around 10:40 a.m. EDT (1430 GMT).

Separating from the mothership when it reaches an altitude of 50,000 feet, Unity’s rocket engine will then ignite to send the spaceplane streaking straight upward to the blackness of space some 55 miles (88.5 km) high, where the crew will experience about four minutes of microgravity. 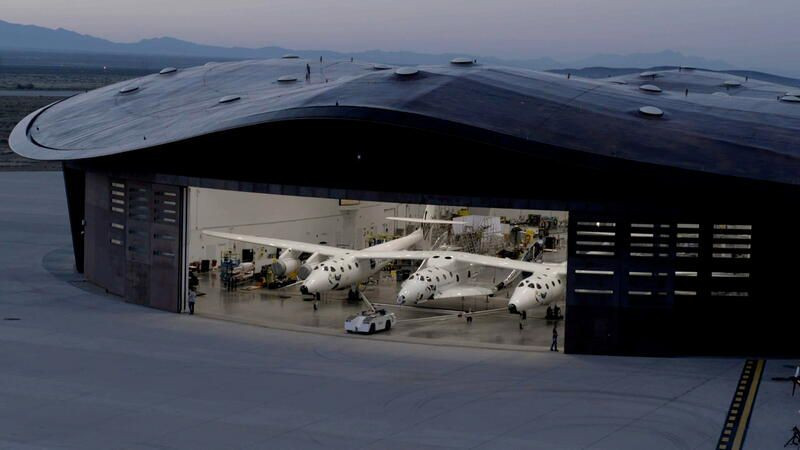 With the engine shut down near the peak of its climb, the craft will then be shifted into re-entry mode before gliding back to a runway landing at the spaceport. The entire flight, from takeoff to touchdown, should take about 90 minutes.

Assuming the mission goes well, Virgin has plans for two further test flights of the spaceplane in the months ahead before beginning regular commercial operation in 2022.

This is no discount travel service. But demand is apparently strong, with several hundred wealthy would-be citizen astronauts already having booked reservations, priced at around $250,000 per ticket.

The Swiss-based investment bank UBS has estimated the potential value of the space tourism market reaching $3 billion annually by 2030.

Proving rocket travel safe for the public is key, given the inherent dangers of spaceflight.

An earlier prototype of the Virgin Galactic rocket plane crashed during a test flight over California’s Mojave Desert in 2014, killing one pilot and seriously injuring another.

Branson’s participation in Sunday’s flight, announced just over a week ago, is in keeping with his persona as the daredevil executive whose Virgin brands – from airlines to music companies – have long been associated with ocean-crossing exploits in sailboats and hot-air balloons.

His ride-along also upstages rival astro-tourism venture Blue Origin and its founder, Amazon (AMZN.O) mogul Jeff Bezos, in what has been popularized as the “billionaire space race.”

Bezos has been planning to fly aboard his own suborbital rocketship, the New Shepard, later this month.

Branson has insisted he and Bezos are friendly rivals and not engaged in a personal contest to beat one another into space.

Bezos posted a message on Instagram on Saturday wishing Branson and his team good luck and “a successful and safe flight,” but nonetheless there has been some public rancor between the two.

Blue Origin has disparaged Virgin Galactic as falling short of a true spaceflight experience, saying that unlike Unity, Bezos’s New Shepard tops the 62-mile-high-mark (100 km), called the Kármán line, set by an international aeronautics body as defining the boundary between Earth’s atmosphere and space.

“New Shepard was designed to fly above the Kármán line so none of our astronauts have an asterisk next to their name,” Blue Origin said in a series of Twitter posts on Friday.

However, US space agency NASA and the US Air Force both define an astronaut as anyone who has flown higher than 50 miles (80 km).

A third player in the space race, Musk’s SpaceX, plans to send its first all-civilian crew (without Musk) into orbit in September, after having already launched numerous cargo payloads and astronauts to the International Space Station for NASA. 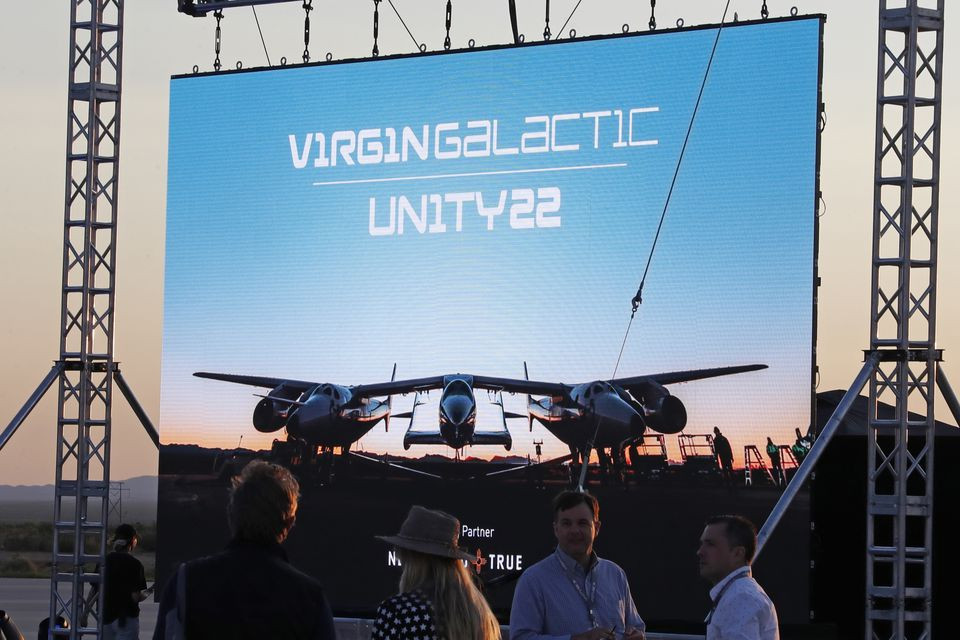 Branson’s official role in Sunday’s test flight is to “evaluate the private astronaut experience,” according to Virgin’s press materials.

The spaceplane’s two pilots, Dave Mackay and Michael Masucci, will control the ignition and shutoff of the ship’s rocket engine, activation of the vehicle’s “feathered” tail manoeuvre for re-entry and steer the craft back to its runway.