Cybercrime in Pakistan has increased rapidly in the past few years, as has financial fraud on different social media platforms. Using believable stories, these scammers lure people from all walks of life into sharing their personal information, so that they can steal their money. Countless people have received calls from the seemingly official numbers of their banks and other reputable institutions, asking for their pin codes and OTP to “verify” their information.

If this scam is SO popular, why do people still believe these fraudsters? Simple answer, lack of awareness. Professional scammers easily take advantage of people’s lack of knowledge about tech security. But, not anymore!

Easypaisa, Pakistan’s No. 1 payment app for transferring money and making various kinds of transactions, wants people across the nation to “beware of Pin Chors” with their latest fraud awareness campaign, Pin Choron Se Muhtaat! Before delving into the absolutely brilliant campaign by easypaisa, let’s briefly learn what an OTP actually means and why it’s an important confidential information.

What exactly is OTP?

OTP or One Time Password refers to an automatically generated code that authenticates a user for a login session or a single transaction. Whenever any unauthenticated user attempts to access a system or perform a transaction, the authentication network server generates a code, using one-time password algorithms which are then used by the security token on the smart card or device to match and validate the one-time password and user.

Now coming back to the much-needed fraud awareness campaign by easypaisa.

Over the past 12 years, easypaisa, the app that revolutionised fintech in Pakistan, has been leading innovation and making people’s lives easier when it comes to sending money, paying bills, recharging phones, paying school fees, paying for MTAG accounts, and now even paying for the Covid-19 vaccination card. Recently, easypaisa rolled out a brand new comical TVC to address the serious problem of fraudsters that have scammed thousands of people worldwide. With an incredibly catchy jingle that has made all Pakistanis groove to the tune, the TVC highlights numerous situations and ways scammers exploit naive people by using their evil tactics.

Little do these people know their caller isn’t a ‘trustworthy’ woman, an official from a government agency or tax agency, a bank employee threatening to ‘block’ their account or a poor old man whose son accidentally sent money to their easypay account for his medicines – it’s an IMPOSTER who wants to loot all your hard-earned money!

The captivating TVC depicts real-life situations where imposters call people of all ages to ask for their OTP, which people might have received initially on their phone numbers. Due to easypaisa’s relentless efforts, these protagonists become aware, immediately recognise the #PinChors and give them a piece of their mind by responding with *sings out loud* “I Know Pin Chor, Baaz Aa Ja Pin Chor, And Pin Chor, Chori Chorr!”

We don’t know whether the imposters would stop scamming people anytime soon, but what we do know for sure is the fact that, with this catchy jingle and street slang, easypaisa has given a voice to all those who have experienced such frauds. This thought-provoking campaign, that has grabbed the undivided attention of all, is rather a tribute to all those who have experienced such frauds, and we sure hope that it turns out to be a terrible chastisement for the vile Pin Chors, who steal people’s hard-earned money.

For those who don’t know, here’s how the Pin Chori happens:

Every time you perform a transaction on easypaisa, you receive OTP, or a PIN code – your payment is only confirmed, and money is only deducted from your account after you have entered this OTP. The Pin Chor uses this opportunity to perform a transaction from your account. When the OTP is sent to your number, the #PinChor pretends to be someone from the bank, or a security agency, and tries to persuade you to tell them the PIN or OTP you’ve just received. If you are tricked, and you end up telling them the PIN, the damage is done. 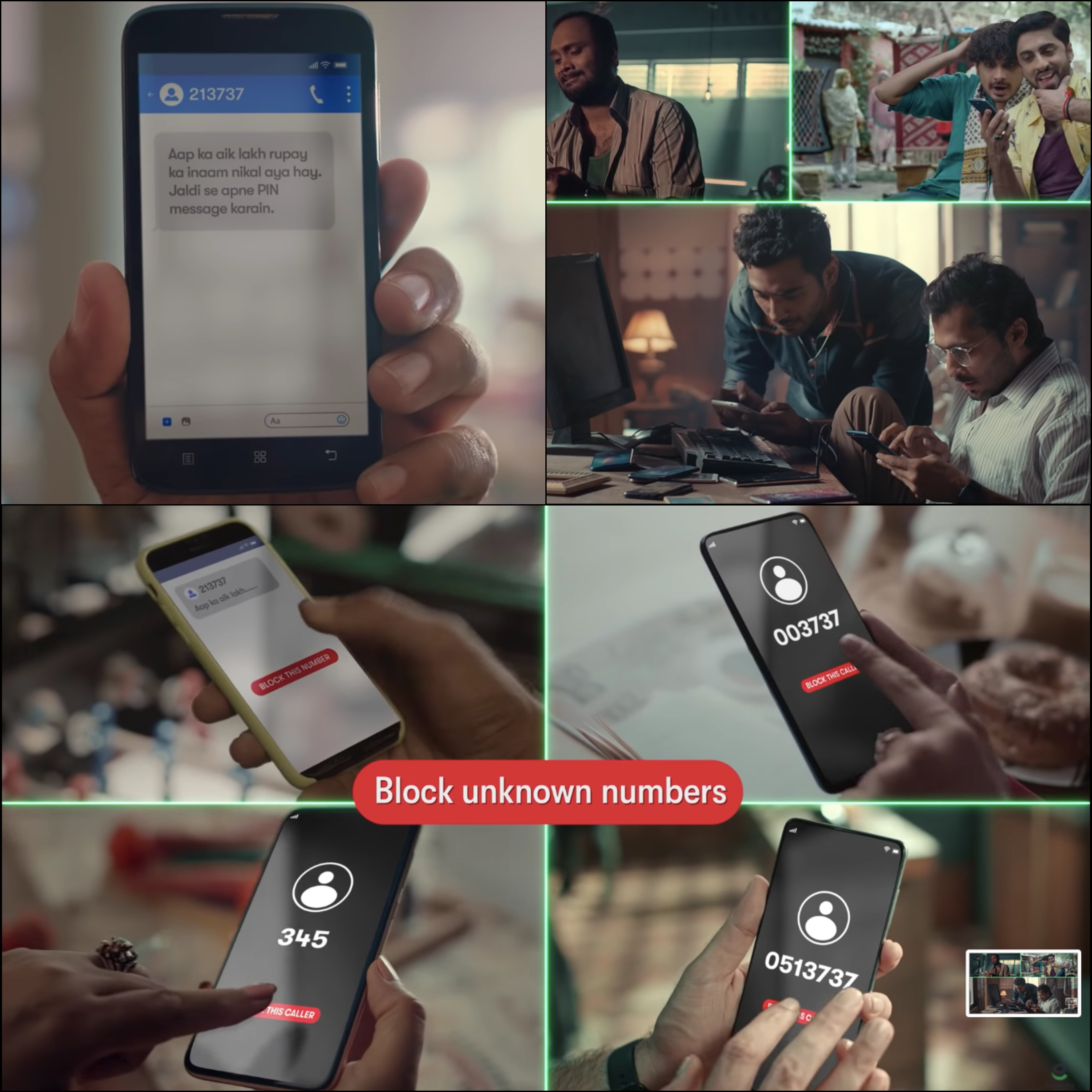 What’s easypaisa doing about it?

Pakistanis who love to complain might jump to a conclusion stating that making jingles about the grave issue isn’t enough. Yes, easypaisa knows this and goes above and beyond to ensure all transactions and personal information of customers stays secure. The app functions with a robust security mechanism, which includes complete protection of the distinct OTP.

Regardless of how strong or secure their framework actually is, they won’t be as successful if people are not aware that they shouldn’t expose their OTP or Pin Code to anyone under any circumstances. Easypaisa has therefore launched a nationwide campaign to spread awareness about the importance of PIN codes and OTPs. They want to help people distinguish and expose fraudsters while giving them a derogatory title to denounce them! If a person who pickpockets is a ‘Pocket Maar,’ these imposters who try to trap or scam innocent people by stealing the OTP or pin should naturally be called… yes, you guessed that right, Pin Chor!!

So, the next time some scammer calls you, you know what to do! Don’t ever tell them your NIC number, pin codes, or any other #easypaisa account details – Tell them, Baaz aaja pin chor! Then block them instantly and report them on easypaisa’s exclusive helpline number.