Around 52% of iOS apps gather personal data such as browsing history, location, bank details, contact information, fitness level, according to a report published by pCloud. The data was collected with the help of Apple’s newly introduced privacy labels. 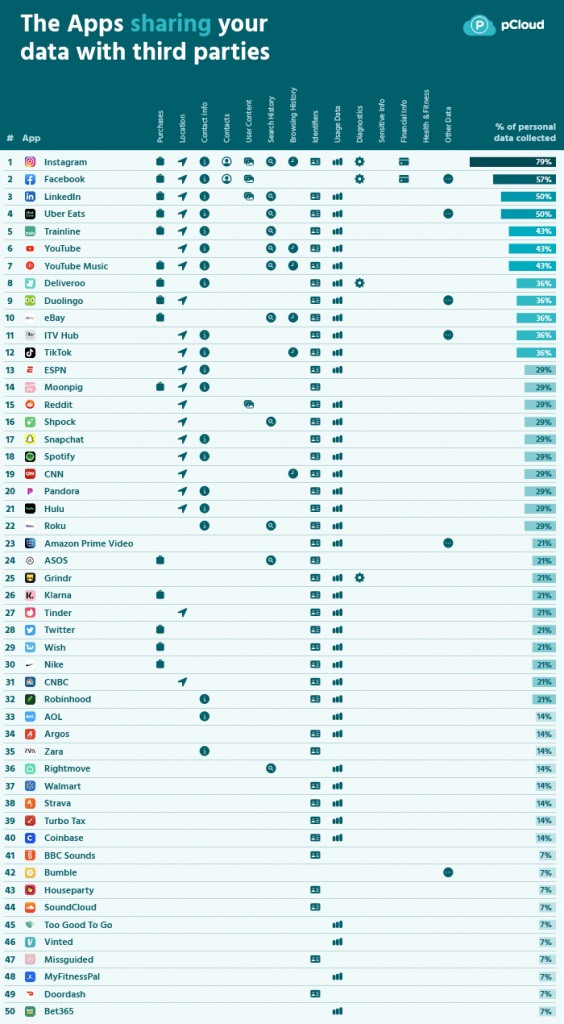 Further, every time you search for a video on YouTube, 42% of your personal data is sent to third parties that customize the type of adverts you’ll see before and during videos.

It’s not just Instagram and Youtube, according to the report around 80% of apps use personal data to market their own products in-app and outside it. 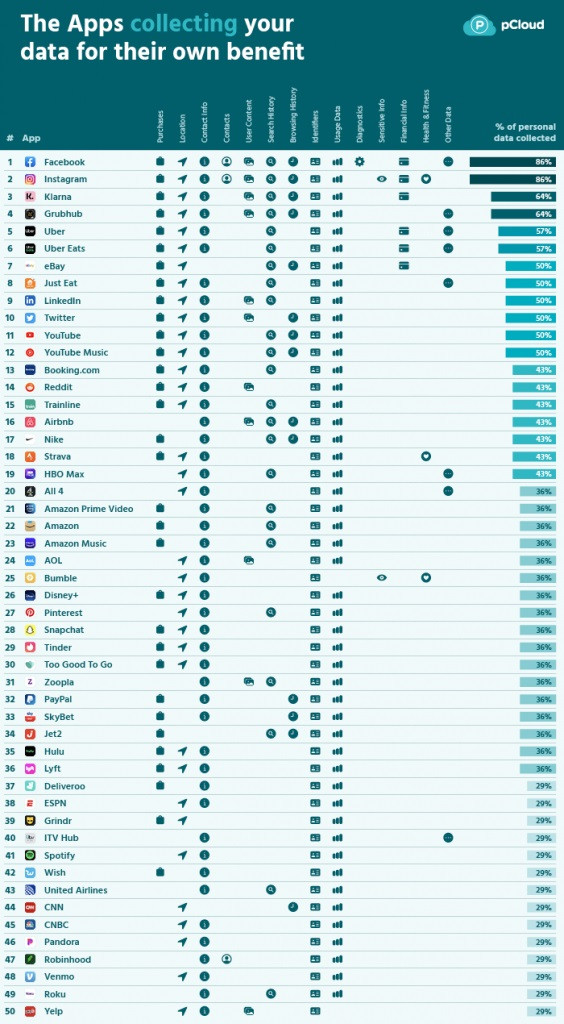 Food delivery services such as Just Eat, Grubhub, and My McDonald’s shared limited personal data; much of the user data collected by them is used for delivery location tracking and for marketing purposes.

eBay, a popular choice amongst people to auction and buy items, tracks and sells 40% of personal data. Surprisingly, Amazon scored the lowest in terms of collecting personal data, in fact, the e-commerce giant does not share data with third parties.

Reddit an online platform touted for giving users a safe place for freedom of speech shares users’ location and data with third parties, as well as tracking user content and purchases for its own marketing purposes.

The report also revealed which apps are the safest to use, to keep your data safe and private. Lockdown favorites such as Skype, Microsoft Teams, and Google Classroom collect no data at all and top the list alongside Clubhouse, Netflix, and Signal

Further, BIGO LIVE and Likke are also amongst the top 20 safest apps to use, collecting just 2% of users’ personal data.

While online privacy in today’s digitalized world has become a utopian idea, initiatives such as Apple’s newly introduced privacy labels can help users keep track of apps which collect their personal information.